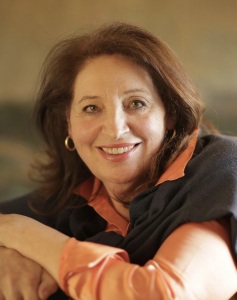 On receiving the « Diapason d’Or » award from the music review Diapason for her recording of music by Cimarosa, Roberte Mamou was described as a « Poetess of Sound ».

Her multi-faceted and colourful musical personality emerges magically from the instrument when she plays, in a breathtaking alchemy which owes something to the flavours and scents of Tunisia where she spent her childhood. The experience of ten years as vocal coach at the La Monnaie Royal Opera in Brussels is also discernible, but perhaps what comes across most is the love and passion which she has always felt for music in all its forms.

As a soloist Roberte Mamou has appeared with some of the greatest orchestras and ensembles. To name but a few, the Berlin Symphonic, the Dresden Philharmonic, the Moscow Soloists, the Collegium Instrumentale in Bruges, and the Orchestre Philharmonique de Lille.

Her career as a chamber musician has taken her all over the world, frequently to Japan and the United States. She has played with Gérard Caussé, Laurent Breuninger,Vladimir Mendelssohn, Laurent Verney, Franz Helmerson, LIuis Claret, Gary Hoffman, Olivier Charlier, Henri Demarquette and others,… including the Enesco, Parisii and Chilingirian Quartets….

Roberte Mamou is also a devoted teacher: she taught at the Brussels Royal Conservatory and she is Artistic Director of the International Masterclasses in Bruges,”Musica Reservata” an institution she founded in 1995. But her versatility does not end there. Roberte Mamou is closely involved in a number of festivals: having founded the chamber music series « Musica Reservata » in Knokke in Belgium, she remains its artistic director; she was closely involved in the Mozart Festival in Lille (which organises 100 concerts a year), the international « Prinsenhof  » Chamber Music Festival in Bruges, and, since 1995, the international Festival in Tunisia, « Octobre Musical de Carthage. Since September, 2006 she manages the Chamber Music series « Midi-Musique » of “the Palais des
Beaux-Arts Arts “ in Lille (France)

Also in 2006 she has created “Tous Fous de Mozart” a series of five concerts bringing together about twenty musicians around the Chamber music of Mozart to the « Theatre du Vaudeville » in Brussels. In October, 2009 she organized one week of Chamber music, in Barcelona (Spain) “ Musics inDiagonal “.

Roberte Mamou is a high-level pianist who is widely recognised in professional circles. But she is also an artist whose interpretations have made a clear imprint on the classical and romantic repertory.
Her many solo recordings, as well as those of chamber and orchestral music, have received wide critical acclaim and a number of awards: Cimarosa-Field-Schuman-Bruch-Haydn-Dvorak…

About her recording of the complete Mozart Piano sonatas (a program Roberte Mamou is shortly to repeat in a series of five concerts), Diapason said « the simple beauty of these readings of Mozart leads us to hope that Roberte Mamou will not be leaving it at that. This is a complete set of Mozart sonatas to rank along side to the wonderful collections of Gould, Arrau, Pirès and Zacharias. Her John Field Nocturnes “constitute “the” reference version of these works”; and her Cimarosa sonatas are “of the highest artistic level” (and were therefore awarded a “Diapason d’Or”). New York’s “Fanfare” magazine did not hesitate to use the term “Artistic Triumph” in connection with her interpretation of the “Andante Varié” by Joseph Haydn. In the meantime, her recordings of the Chopin Nocturnes (now completely sold out), the Schumann Carnaval, several Mozart concerti with the Berlin Symphony Orchestra, some of Dvořak’s chamber music (together with Silvia Marcovici- Ami Flammer, violin- Gérard Caussé – viola, Robert Cohen – cello, as many concrete witnesses of her artistic capabilities.
She has brought out under the label  » Meridian Records  » 2 CD dedicated to the complete « Songs without Words » of Mendelssohn.

Each of her recitals or concerts in prestigious halls such as the main auditorium of the Amsterdam Concertgebouw, the Berlin Philharmonic Orchestra or the “Bella Artes” in Mexico, have been greeted by a standing ovation from an enthusiastic and moved audience.
Her Complete Sonatas of Mozart,(Ligia-Harmonia Mundi) has obtained Japan an Award for his performance, highest honor Geijutsu Records Magazine (February 2016) 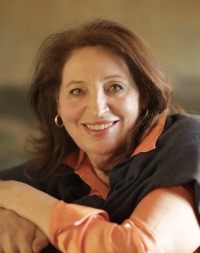